We had another cool morning to walk but out of habit we still left at first light (6:30).

The first village we came to was Viloria de la Riója, the birthplace of Dominic García, aka: Santo Domingo de la Calzada.

Monument to Santo Domingo in front of village church

Nothing else remains in the village belonging to Santo Domingo, all have gone to ruin in the 1000 years since his birth here.

Throughout Castile and León, simple maps like the above are posted at the entrance of each town or village showing the Camino route into and out of the the town, to keep us from getting lost. Very helpful.

Following a brief break from the highway path, we resumed walking along N-120, the national highway that follows the Camino. 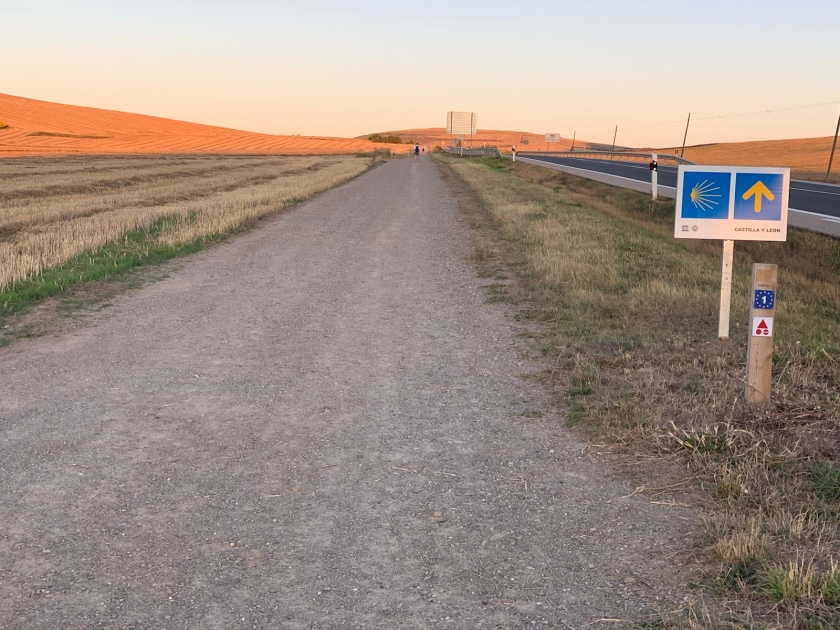 The next village we walked through is called the place of three lies. Villamayor del Río , translates: “the large town by the river”, is actually a small hamlet on a creek!

We walked another 2 miles along the highway

Next was Belorado (pop. 2140), which has been settled since Roman times.

In 1116, King Alfonso I, king of Navarre and Aragón, gave the Fueros ( judicial statutes and privileges) to certain villages to encourage re-population after the “reconquista”, when Christian kingdoms were being formed after the Muslims were driven out.

These Fueros established laws to establish acceptable behaviors and also granted privileges to the people to encourage stability and economic growth.

Belorado was awarded the right to have a market on Mondays and a fair every year on St Michael’s birthday. This was the first community in Spain to be given such a privilege. Belorado was also freed from paying fees to the local Feudal Lords and churches to hunt, fish and cut trees. They were also allowed to have their own representatives and judges, giving them more independence from the power of feudal lords and the church. This resulted in making Belorado an important commercial center and establishing an important local law system, unique for the middle ages. 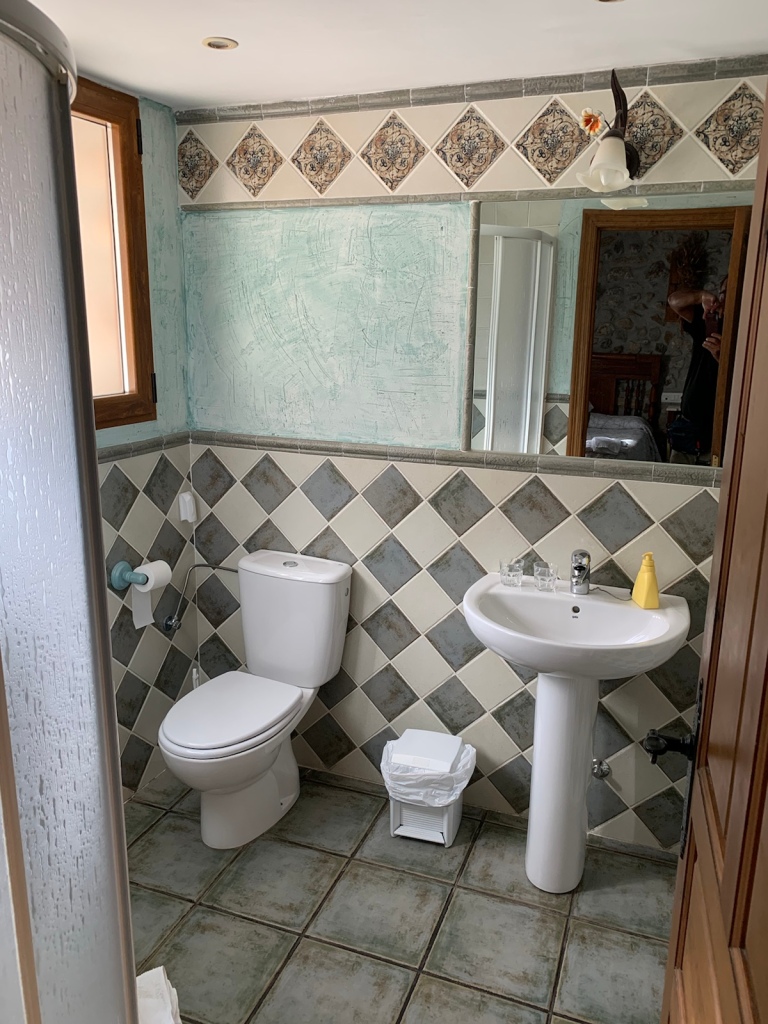 We ventured out into the town around 1:30 and briefly looked into Iglesia de Santa María which is right next door to our residence for the evening. 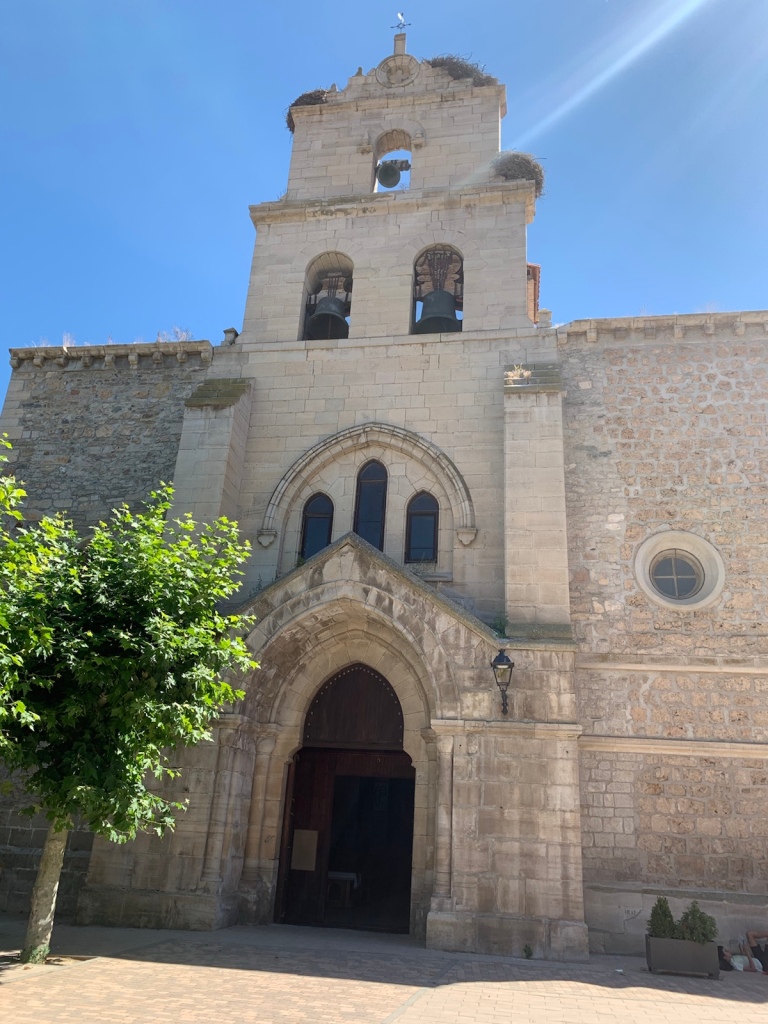 We walked a few hundred feet to the Plaza Mayor and found a shaded bench and sat down to observe the natives.

Two groups of 20 something folks were frolicking about from one shady spot on the plaza to another, accompanied by a small brass band with drums.

We watched for a while, then found a restaurant that served a pilgrim dinner and had our 2:00 p.m. lunch/dinner for the day.

On the way back to our room we asked an English speaking group of 3 pilgrims if they knew what was going on and they also didn’t have a clue. (It turns out they were from Germany) Finally, we happened upon one group of the revellers and asked if they spoke English and a couple of them did and they explained that they were all 20 years old and the other group was 25 years old and since it was Saturday, they decided to party as a group. They even had matching tee shirts listing the names of each individual in their group. It was all in fun and we high fived several members of the group, they wished us Buen Camino and we headed back to our room for the day.