Our walk began at 6:45 and continued for nearly 3 miles until we stopped for breakfast in Villatuerta at 8:00.

Leaving Villatuerta we crossed over a medieval bridge 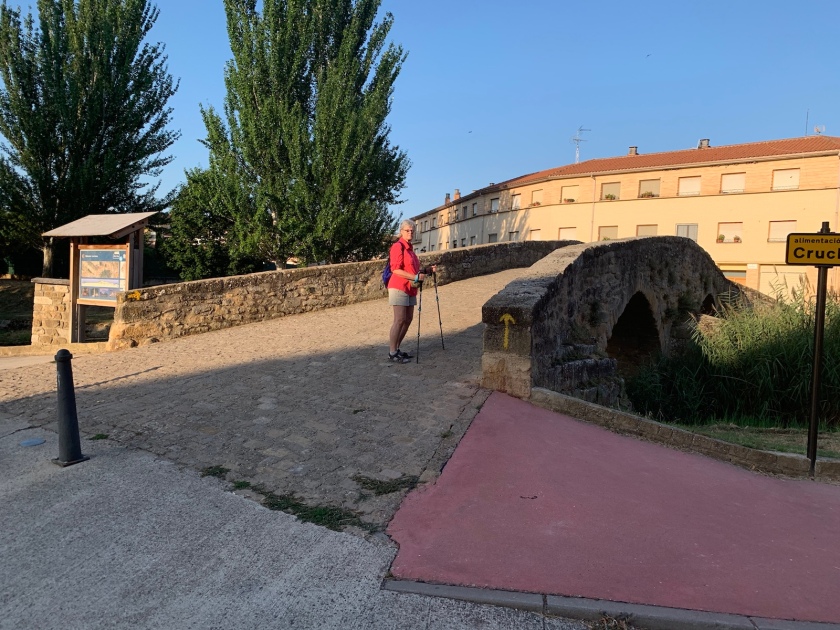 Estella has become one of our favorite Camino towns. Founded in the early 11th century by King Sancho Ramírez, the town flourished with a vibrant pilgrim business, agriculture, textile and leather industries. It became wealthy and important religious and civic institutions were built. It’s was nicknamed “Estella the beautiful”.

It has survived the Black Plague of the 14th century which killed half its population and the religious persecution of the 15th century Inquisition.

In 2017 we spent two nights here in Hostal Cristina, located in the center of the town on San Juan Bautista Plaza, only by chance, since all rooms in the destination for our next day’s walk were full. Also by coincidence, the town was in the final day of its annual festival… which further enriched the charm it had for us already.

Once again, we are staying in Hostal Cristina (45€) during festival week with a room and balcony overlooking much of the festivities.

Shortly after attending to our daily chores we heard music outside our room and from our balcony observed this:

Jim was quickly overcome by the emotion of the festivities and decided to join in: 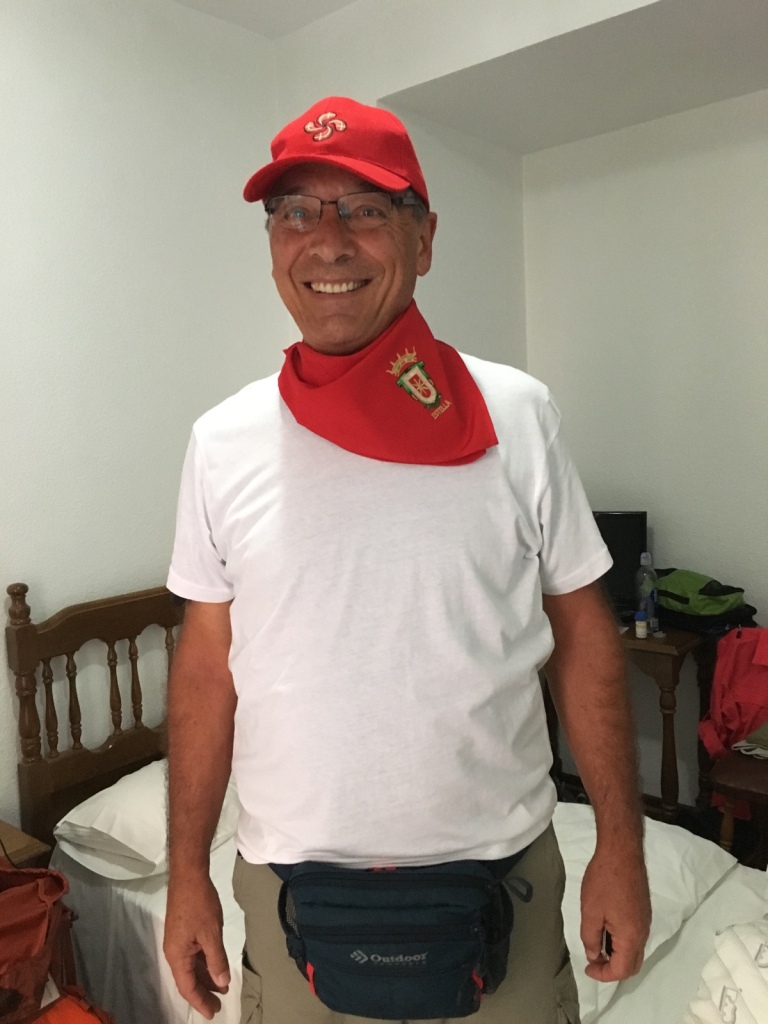 It was time for lunch so we ventured out onto the plaza, found a strategic location and sat down for lunch and the entertainment that followed:

All around us locals, multi-generation families were all dressed in versions of white garments, red bandannas and sashes. People were spontaneously bursting out in song, bands were meandering among the crowds, everyone was happy and festive. 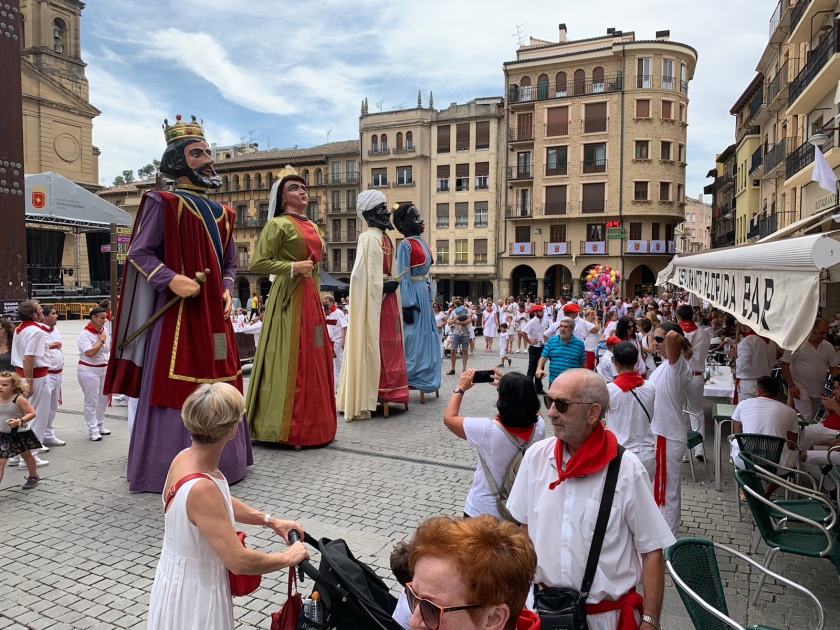 Do you recognize the last member of the band waving to Linda?