What a nice walk we had today. First if all, we beat the heat by starting early. Second, it was mostly flat on smooth farm roads. Third, it was just long enough to push us just to the point of building stamina without approaching exhaustion.

And while some may suggest it was monotonous, we thought it was beautiful and interesting.

About a mile after leaving Monjardin we stopped to capture a sunrise. A minute later a young couple was attempting to do the same with a selfie and we offered to take their picture. Their camera wasn’t getting a good image so Jim took a photo of them with his camera which turned out much better and attempted to airdrop it to their phone. They also took a photo if us. When the airdrop didn’t work, we attempted to email it to then, also without success.

The couple was from Croatia and was walking 25 miles a day to get to Santiago in 20 days, so they hurried off.

Here is their photo. 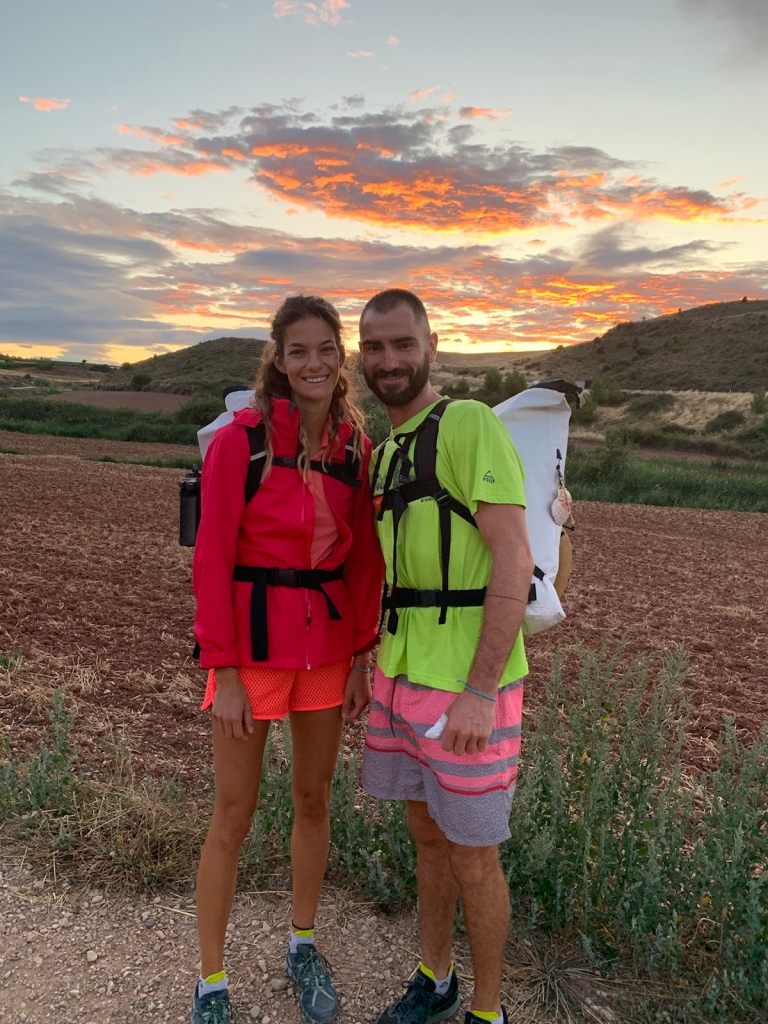 And our photos, showing the first sunrise shot of Linda and the dramatic change in the colors in just a couple of minutes. 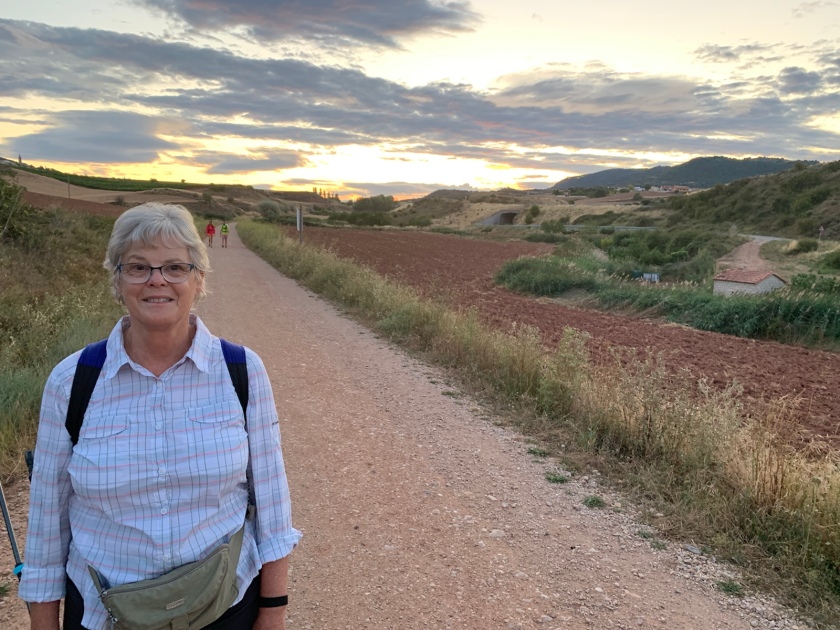 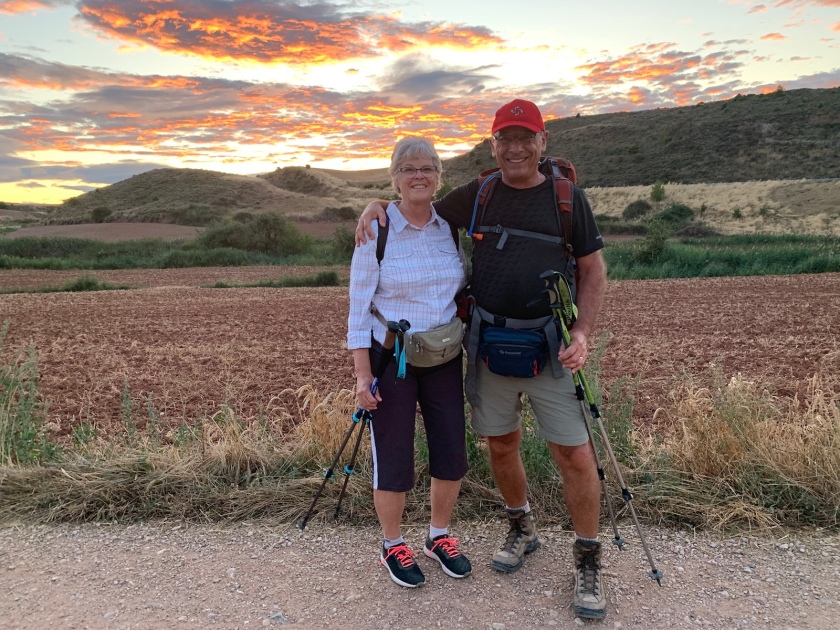 The scenery today was mostly recently harvested fields of hay, with an occasional vineyard, olive orchard and white asparagus fields. 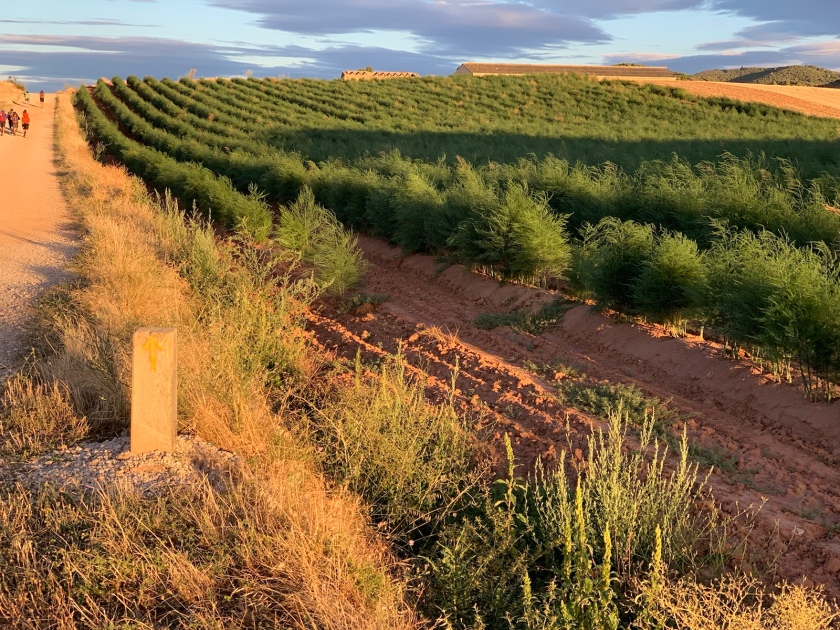 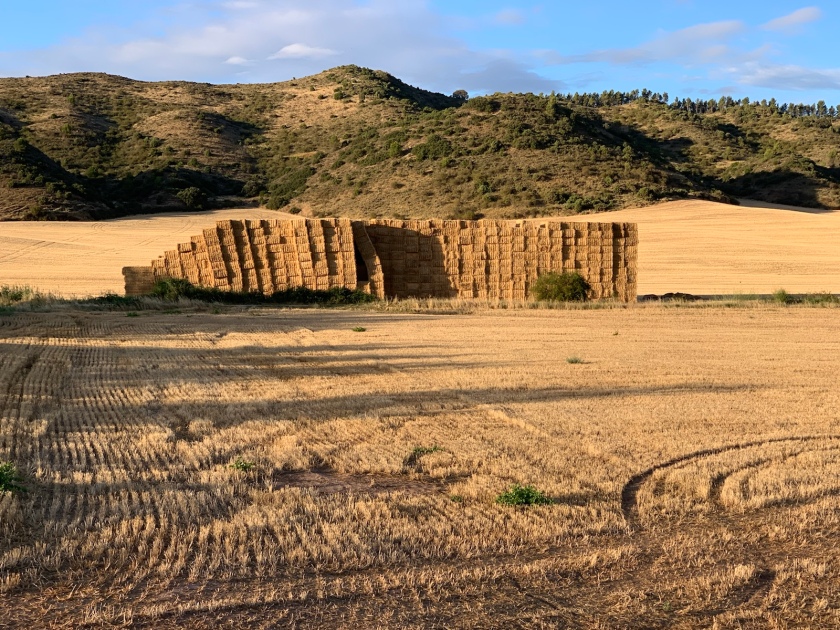 We reached Los Arcos at 9:30 and chilled in the plaza de Iglesia de Santa María de Asuncíon until out room was ready at noon. We chatted with a man from Hungary who was taking a break before continuing another 12 miles before stopping for the day.

Just before noon, the church doors were unlocked so we took a peak.

In addition to seeing this beautifully ornate 12th century church, the organist was rehearsing his music for the upcoming service which we recorded.

Our room was ready at a few minutes after noon and we were pleasantly surprised. 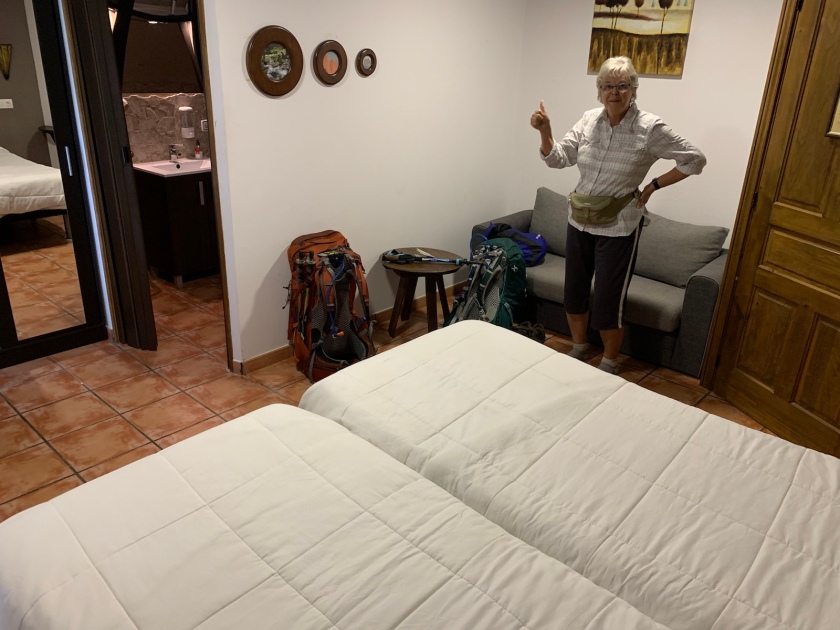 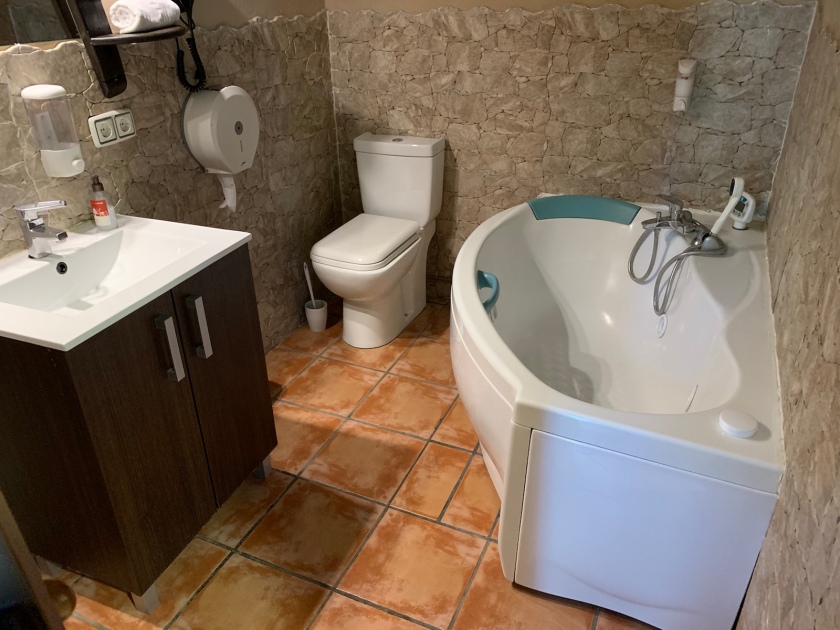 Compared to last night’s albergue at 40€, this place was a real bargain at 55€!

We had a late lunch at the nearby Restaurant Mavi, recommended by the Hostal Suetxe owner, and enjoyed a delicious salmon filet dinner with fresh vegetables, wine and dessert for 12€ each.

We spent the rest if the afternoon enjoying our spacious room, resting and doing chores.