We thoroughly enjoyed the walk through the city.

We made a left turn a few blocks from the hotel and began walking in none other than, Calle (street) Camino de Santiago.

Calle Camino de Santiago was straight, no turns, until it merged with the other Camino route some 5 miles later.

The walk was very pleasant with wide sidewalks on both sides of the road. 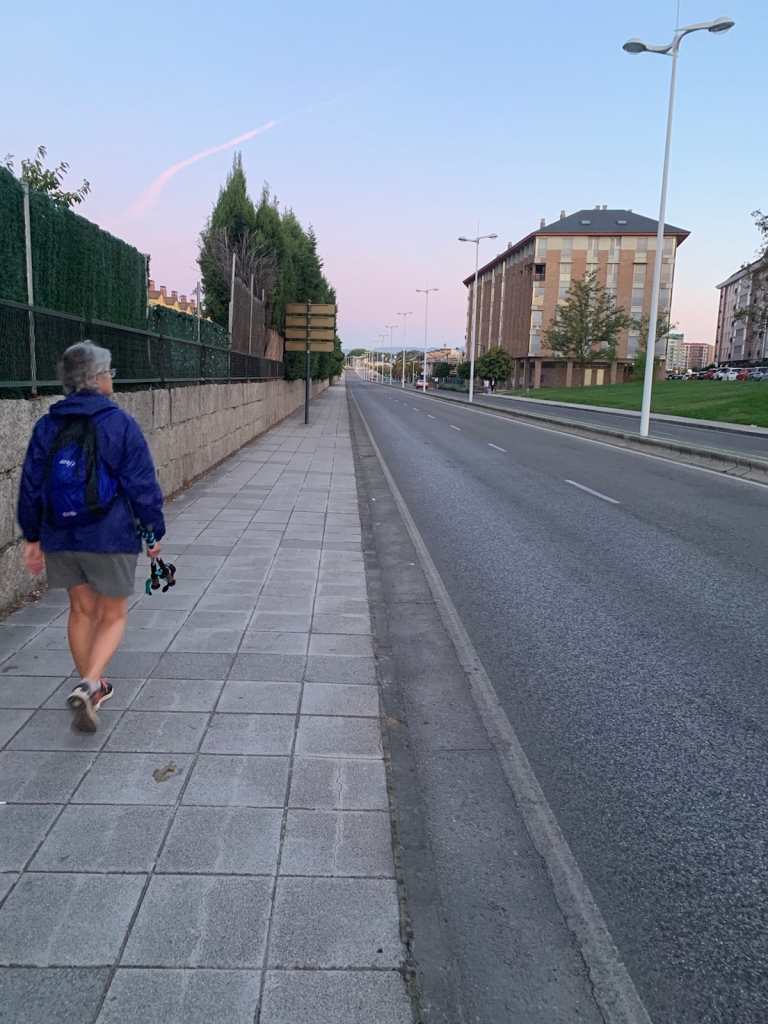 We passed attractive, architecturally diverse, residential communities unlike we have seen anywhere in Spain, on or off the Camino.

We stopped in the suburb of Fuentes Nuevas

in a very nice bar next to a children’s park, Parque de Pablo Picasso, and had breakfast.

Up to this point we had seen very few pilgrims on the “non-recommended” route.

We continued into the town of Camponaraya, where the two Camino routes merged and stopped for a second CCL. We then walked through the older part of the village and the pilgrim traffic increased dramatically.

This morning we became more aware of the Bierzo region with its temperate microclimate, ideal for viticulture. The scenery is green with vineyards. The mountains of Galicia loom ahead.

Located in the northwest corner of Castile and León, bordering Galicia, Bierzo is known especially for it’s unique Mencía grapes, a relatively new variety and the resulting wines that have been gaining in importance in the wine world. 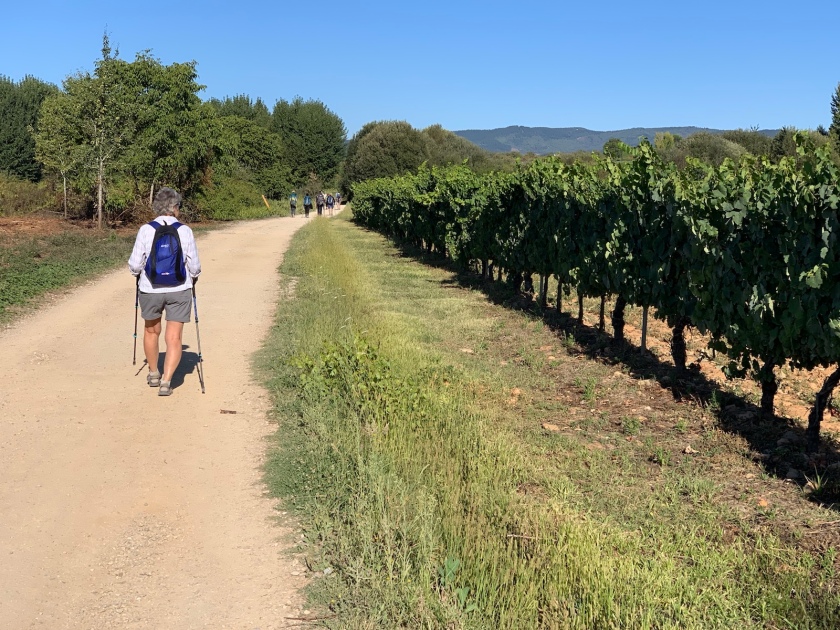 We walked among the vineyards for a few miles before entering the town of Cacabelos (pop. 5,495).

This is our third visit to this charming Camino town, that in Roman times served as an administration center for gold mining.

We had our meal for the day at lunch. It was delicious. First course was gazpacho for Jim and Lacón con Pimientos for Linda. 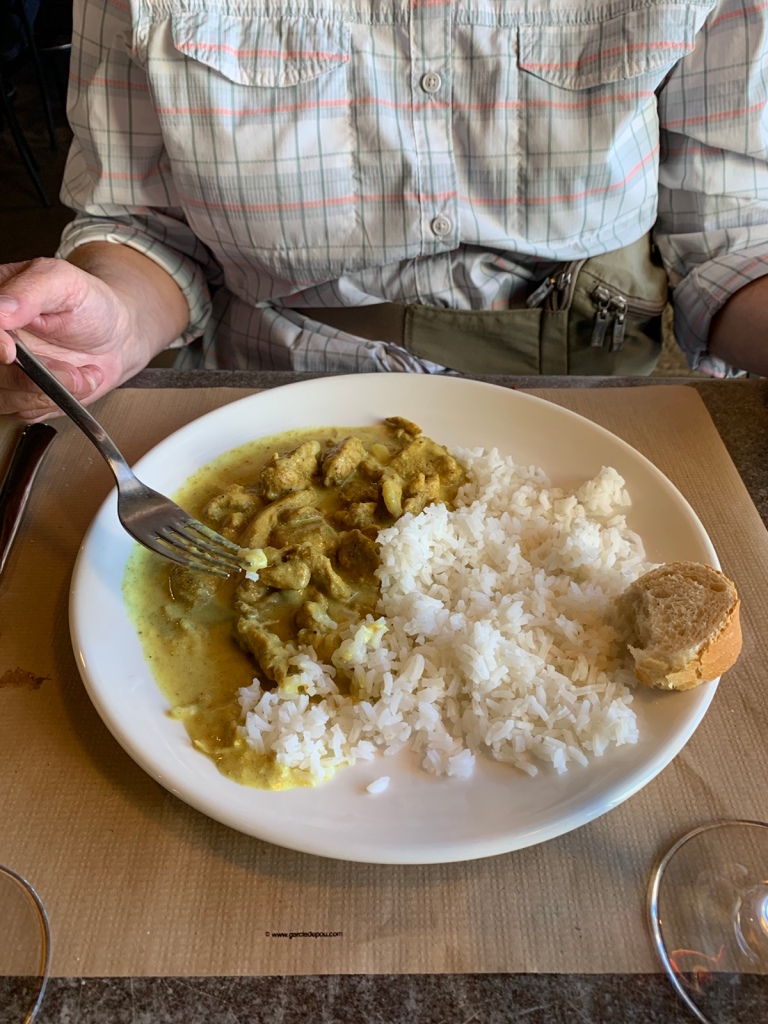 We also had a chocolate tarta and tasted a glass of wine of two difference Bierzo Mencía crianza red wines of the region. 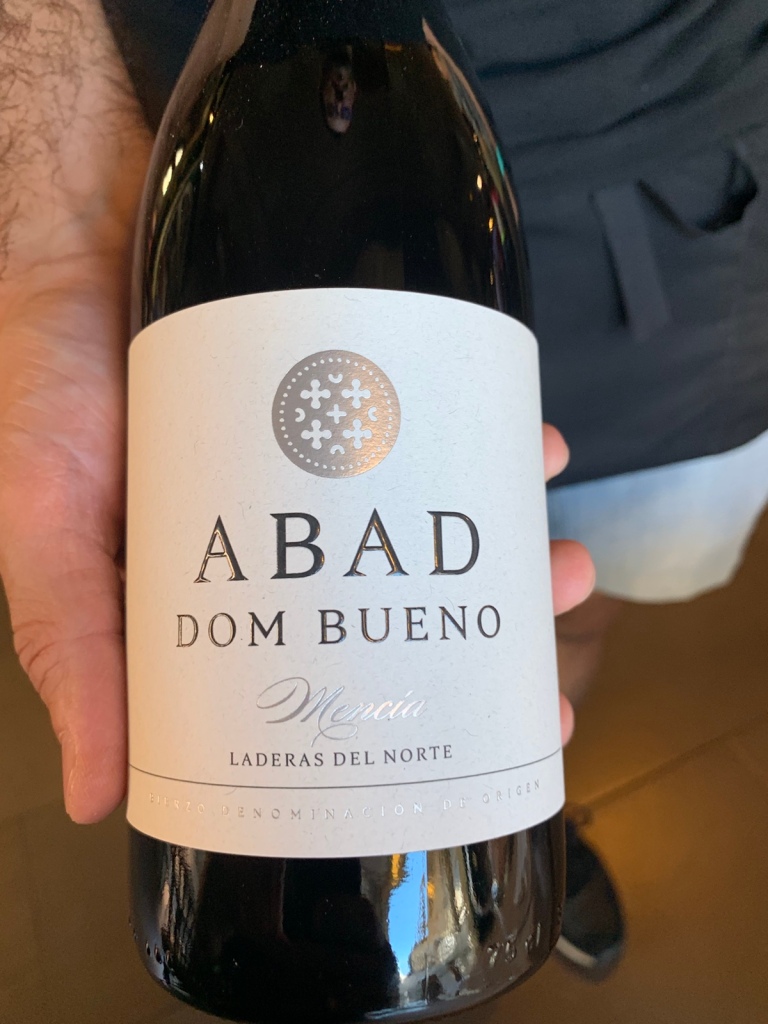 We made a visit to the Iglesia Parroquial de Nuestra Señora de la Plaza,

consecrated in 1108, which has seen many renovations over the centuries since, was beautiful inside

with an impressive collection of religious statues and icons.

With a good morning walk behind us, a sampling of Camino history and art, a tasty lunch in our tummies complemented by a sampling of two good wines, there was nothing left to do, but retire to our hotel and savor the day into the night.